Discover the real story about the Clandestine Cake Club. How it began and where everyone is now. Contrary to popular belief it wasn't created as a result of the Great British Bake Off. It was created as a spin off to the Secret Tea Room where I (Lynn Hill) served freshly made sandwiches and homemade cakes for up to a dozen guests in my own home.

Each person would arrive as strangers but leave as friends. It was a natural thing to create the Clandestine Cake Club where more people could meet.

Read on the find out more.

WHERE IT ALL BEGAN

Hello, I’m Lynn Hill. In December 2010, I planted a little acorn called the Clandestine Cake Club, with the hope that it would one day grow into an oak tree. It quickly germinated, reaching almighty proportions. In almost 8 years, membership reached a staggering 20,000 and over 200 clubs that spanned the length and breadth of Great Britain. Also reaching around the globe, from the USA to Australia, from the Netherlands to Japan.

We held our first meeting in Leeds on December 11th 2010. My main purpose was to get people together over tea and cake. Members got creative and did some baking, and they got to invite a guest along to enjoy our bakes and meet new people. Piece of cake really!

Bringing People Together over Tea and Cake

I founded The Secret Tea Room in my own home at the same time as the Clandestine Cake Club in 2010. I baked Afternoon Tea, inviting strangers into my home to enjoy conversation with like minded people. Both were successful.

Members baked their own cake at home to bring along to a planned secret location. The Clandestine Cake club offered both the social aspects of the Secret Tea Room whilst also encouraging the culinary talents of members. Everyone had the opportunity to display their baking and share and enjoy it with the club members.

I’ve since published 2 x Cook Books containing recipes of mine and some of the Clandestine Cake Club recipes from members.

You can buy them at Amazon - No Affiliate links.

A Year of Cake

Members came from all walks of life, they would gather at their regional clubs for monthly or quarterly events, held at locations that were announced just a few days beforehand – hence the ‘clandestine’! – eager to share the cakes that they and others had baked according to a given theme.

The cake took centre stage at every CCC event, and we always tried to give members imaginative, engaging, and often seasonal or festive themes to inspire them.

It was at these events, that many lifelong friendships were born.

Because of the success of the club, I found it increasingly difficult to personally administer, maintain and fund the running costs of the website. This is why closing all the clubs down on 31st July 2018 was such a difficult decision to make. Some club organisers continued with their groups under a different name.

My mission was to bring people together around the world through their love of baking. I think I’ve achieved that. At its height, there were almost 20,000 members, over 200 clubs reaching every continent.

I like to think that I have brought people together, establishing long term friends, who would never have met any other way. I still believe that interaction and conversation begin when you cut the first slice of cake.

There’s something quite solitary and lonely about eating a cupcake, muffin or brownie. You can share a whole cake. No matter how hard you try, you cannot share a solitary cupcake. Unless of course, it's a giant one.

As I closed the chapter of the Clandestine Cake Club back in 2018, a new chapter began in the form of Traditional Home Baking in 2020. Then moving onwards with Kitchen Recipes Cook Eat.

Many of those original Clandestine Cake Club members have followed my journey staying friends, although virtually, to this day. Their support has been truly amazing. It's been great to be able to stay in touch with them.

Discover more 'About Me' and what I am doing now. 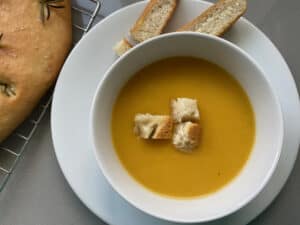 We use cookies on our website to give you the most relevant experience by remembering your preferences and repeat visits. By clicking “Accept All”, you consent to the use of ALL the cookies. However, you may visit "Cookie Settings" to provide a controlled consent.
Cookie SettingsAccept All
Manage consent

This website uses cookies to improve your experience while you navigate through the website. Out of these, the cookies that are categorized as necessary are stored on your browser as they are essential for the working of basic functionalities of the website. We also use third-party cookies that help us analyze and understand how you use this website. These cookies will be stored in your browser only with your consent. You also have the option to opt-out of these cookies. But opting out of some of these cookies may affect your browsing experience.
Necessary Always Enabled
Necessary cookies are absolutely essential for the website to function properly. These cookies ensure basic functionalities and security features of the website, anonymously.
Functional
Functional cookies help to perform certain functionalities like sharing the content of the website on social media platforms, collect feedbacks, and other third-party features.
Performance
Performance cookies are used to understand and analyze the key performance indexes of the website which helps in delivering a better user experience for the visitors.
Analytics
Analytical cookies are used to understand how visitors interact with the website. These cookies help provide information on metrics the number of visitors, bounce rate, traffic source, etc.
Advertisement
Advertisement cookies are used to provide visitors with relevant ads and marketing campaigns. These cookies track visitors across websites and collect information to provide customized ads.
Others
Other uncategorized cookies are those that are being analyzed and have not been classified into a category as yet.
SAVE & ACCEPT
0 shares